FEATURING LIVE RECORDINGS FROM EVERY ARTIST PERFORMANCE AT THE HISTORIC EVENT 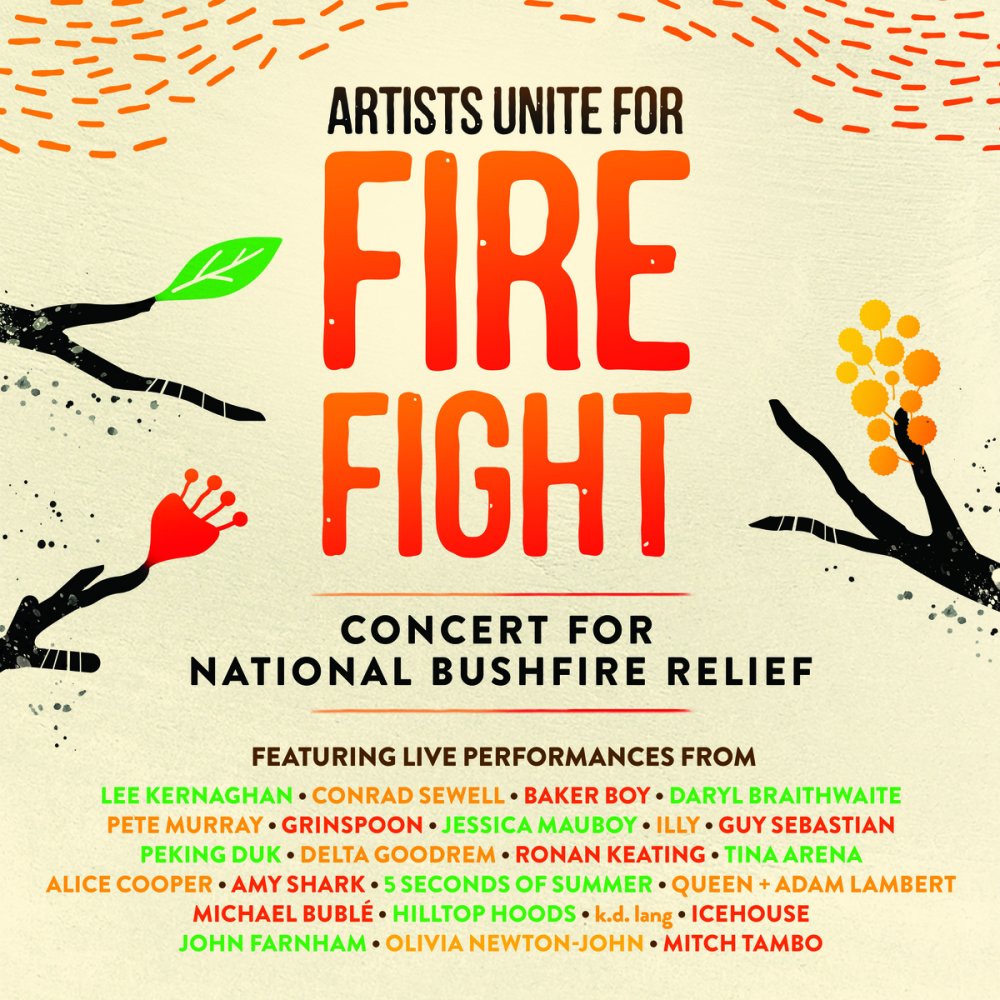 Sony Music Entertainment Australia is proud and humbled to announce the release of the album, ‘Artists Unite
for Fire Fight: Concert for National Bushfire Relief’.

The special charity album of 23 tracks features unique live recordings from every artist who performed at the
historic Fire Fight concert last month. It is available as a two disc CD album from music retailers and a digital
download on iTunes from today (13 March).

In addition to the standalone album, Cotton On has generously produced and donated a limited-edition t-shirt,
which is available to purchase as a bundle with the two disc album. The bundle is exclusively available for
purchase at: https://thethreadshop.com.au/collections/fire-fight-australia.

On the release of the Fire Fight album, Denis Handlin AO, Chairman and CEO of Sony Music Entertainment Australia
and New Zealand, and Founding Board Director of Sony Foundation Australia, commented:
“On behalf of Sony Music Entertainment Australia and Sony Foundation Australia, our thoughts are with everyone
affected by the unprecedented bushfire conditions this summer, especially those who have lost so much. We are
delighted to release this special album following the hugely successful Fire Fight concert, and these exclusive
recordings capture a moment in history that all Australians can re-live and enjoy. Through the power of music, we
encourage you all to get behind this incredibly worthy cause to raise much needed funds for bushfire affected
communities.”